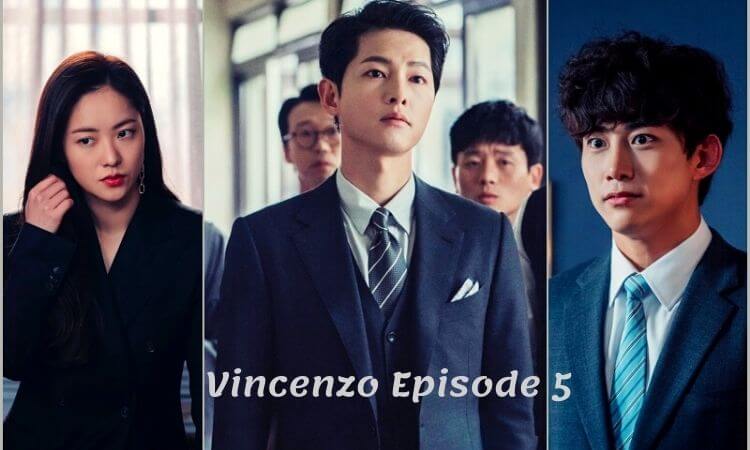 The recap of Netflix k-drama series Vincenzo episode 4 English subtitles contains significant spoilers. We’ve almost felt that Mr. Cassano in Vincenzo has softened since he left Italy. There was a slight hint that becoming accustomed to Korea had made him a softer lawyer. But you can’t change the clothes of the mafia, and Vincenzo Kdrama Episode 4 has proved. Especially after the last chapter of kdrama, Vincenzo means just business.

In Vincenzo episode 5 Vincenzo deals with the truck driver who attacks Hong Yu-chan and Vincenzo. Cha-young goes to the hospital to see what’s happened. Her father lays before her, dead. She never had a chance to ask for an apology from him before her father was killed.

As Vincenzo said, “ regret is the most painful thing in the world”.

The truck incident was seen as an accident. The media stated he was bribing witnesses. Meanwhile, Vincenzo was in the hospital, while the drug RDU-90 for Babel Pharmaceuticals was approved. Choi Myung-hee was appreciated for her work on getting approval. Hong Yu-chan’s law firm was closed.

Vincenzo Back To Plaza

In Vincenzo Episode 4, Cha-young and Vincenzo form an allegiance with the death of Yu-chan. Cha-young checks up Vincenzo in the hospital. and he suddenly gets out of bed. He pays his respects at Hong Yu-chan’s grave. Vincenzo told Cha-young that she was an enemy with her father two weeks ago. Mr. Cassano’s comments dumbfounded her. On the way home, she hears the news on the radio about the researcher Yu Min-Chul who has been found dead.

The residents question their trust in Vincenzo

Vincenzo goes to the plaza. The residents are eager to talk about the case. He wants to take some rest. He calls them all selfish for not trusting him. and always complaining whenever he provides a free service. Mr.Cassano Vincenzo said they should look for another lawyer if he cannot be trusted. Vincenzo’s near-death experience impacts him, and he needs to absorb it.

Vincenzo episode 4 English subtitles lay its stake as the best original k-drama in the current schedule.it notches up the gears and brings us serious action and drama. There’s a real war going on.

There’s a lot of anticipation for Vincenzo Kdrama Episode 5. Vincenzo Episode 4 brought fireworks. This is where we stand with the lead characters. Episode 5 will be released on Netflix on March 6, 2021. The usual time is 2 pm (GMT), but sometimes this varies. We do not anticipate any changes to the schedule yet (sometimes this happens in the K-Drama world.)