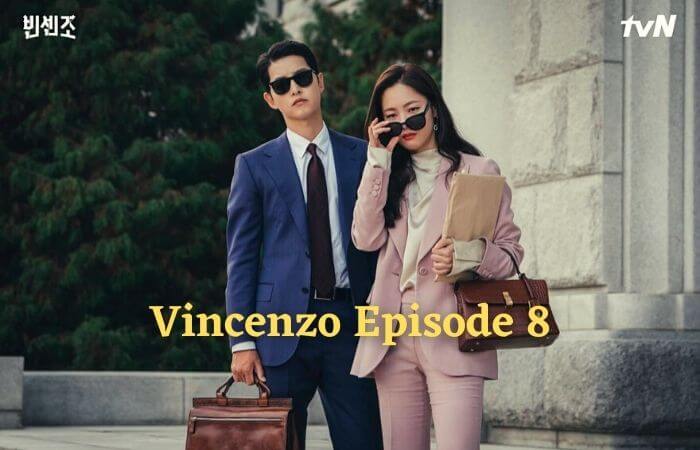 Kdrama Vincenzo series was initially released in February 2021.  It is getting a lot of attention from the audience and becoming popular. Almost six episodes of Vincenzo have been released. People are very excited about the upcoming episodes of this series. Kim Hee Won is the director of Kdrama Vincenzo. This series is also getting high ratings. Also, become a huge source of entertainment for a lot of K-Drama fans. As usual, the next two new episodes of the series will be released every week and the eighth episode of the series will be released on 14 March 2021.

Vincenzo episode 6 ends as the trial continues as the judge opens proceedings. The judge asks Lawyer Cha-young if she has any witnesses at all? Cha-young said she has a “surprise witness”. While in walks Vincenzo, leaving Choi Myung-hee shocked. She is trying to play another trick, but what will happen next?

Vincenzo’s last episode was much more thrilling and created heat between the lawyers as the war entered the courtroom. Which brings chaos and game-playing, and another cliffhanger for audiences to look forward to.