It’s not yet confirmed but there are rumors that Song Hye Kyo and Lee Jung suk are together starring in the new upcoming Shining Ambition Kdrama or  Welcome Marriage ( Or Shining Ambition ).  However, the plot of the drama is not released yet. Kim Won-Seok is the director of the famous series chronicle Arthadals, and My Mister.  Hong Sisters are writers of this drama. Hong Sisters also write many famous series such as Hotel del Luna. 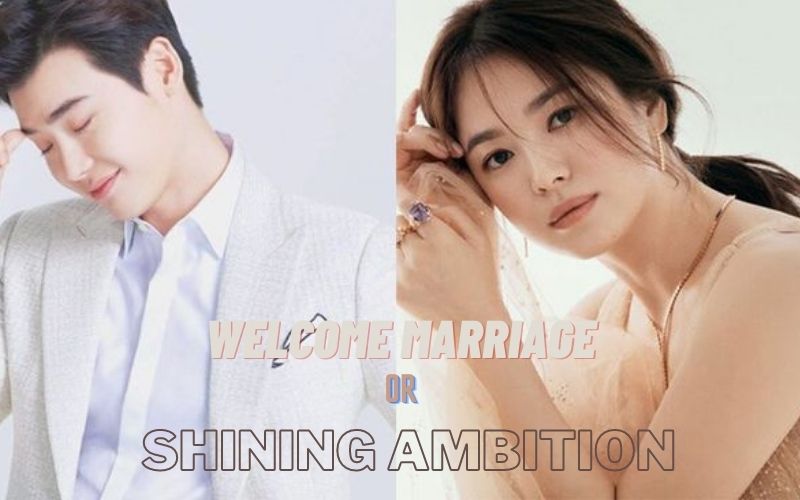 However, this news is not confirmed yet by both of their agencies. But fans are impatiently waiting for Shining Ambition drama. K-Dramas Autumn in My Heart; Full House; That Winter, The Wind Blows; Descendants of the Sun; and Encounter are famous dramas of Song Hye Kyo. Lee Jung Suk drama  K-dramas are I Can Hear Your Voice, Doctor Stranger, Pinocchio, W, While You Were Sleeping, and Romance is a Bonus Book.

If this rumor will be true then its a great news for Kdrama lovers.

Like This: Love Alarm Season 2 Episode 1 with Release Date