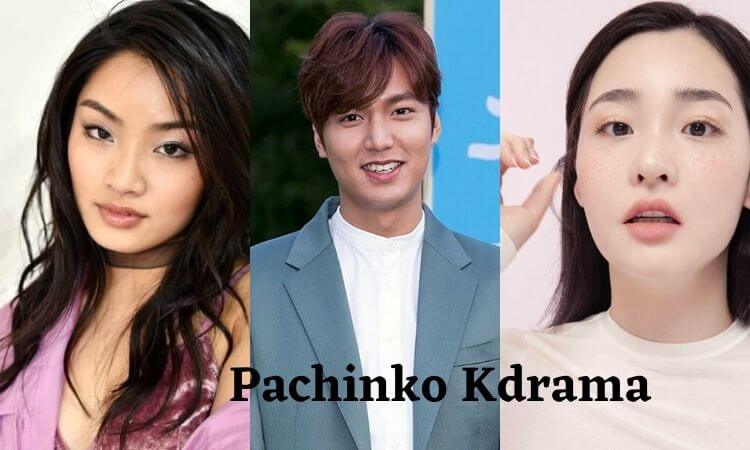 When will Pachinko Drama Be Released? Release Date

Based on: Famous Pachinko Novel

This is for y'all Lee Min-Ho fans

This Pachinko Drama cast is not only Korean but also actors from other countries. Pachinko Korean drama is going to be a famous worldwide production.

Pachinko Drama Story/ Is pachinko Based on a True Story

Pachinko’s Korean drama is based on the true story of the hopes of the who migrate from Korea. lee min ho is a merchant. He becomes rich by his connection with illegal organizations. But he wants to be pure before his life.

Jin Ha will be a young glorious who has to deal with his family’s past.

Anna Sawai is a successful and beautiful woman which is surrounded by high-standard men.

Minha is a brave woman who is living in an unknown country. She is trying to make her own living style.

Soji is a very successful businessman. He is very dedicated to his business. But he is really worried about his son’s future.

Kaho is an independent businesswoman. She longs to reunite with her daughter. She gets separated from her daughter a long time ago.

Lee min ho was born in South Korea. He was born on 22 June 1987. He majored in Film and Art. Lee min ho is the most famous Korean actor and celebrity. He is also a famous celebrity on his Instagram account. Lee min ho got publicity from his drama Boys Over Flower.  After that, he played a very famous role. He works in many dramas and movies.his famous drama The Heirs got publicity all over the world. He works with famous actress Park Shin Hye Heirs.

Legend of the Blue Sea

Anna Sawai is a Japanese New Zealand actress, singer, and model. She was born on June 11, 1992. Sawai grew up in Hong Kong and the Philippines. She moves to Japan to start her acting career. She got popular in her famous movie Ninja Assassins. She is going to play the role in the famous movie Fast & Furious. She is now shooting for the Korean drama  Pachinko.

Jin ha is an American and Model. Jin ha was born in Seoul and then moved to America. He grew up in Hong Kong.

Soji Arai in Japanese actor. He entered the theater after graduating. Soji is the second-generation son of Korean Japanese parents. Soji also acts in many other theaters plays dramas and movies. He moves to America and starts his acting career in Los Angeles.