Not Lisa (BLACKPINK) this is the next member to appear on Top 6 Fashion Magazines of Korea with outstanding visual. 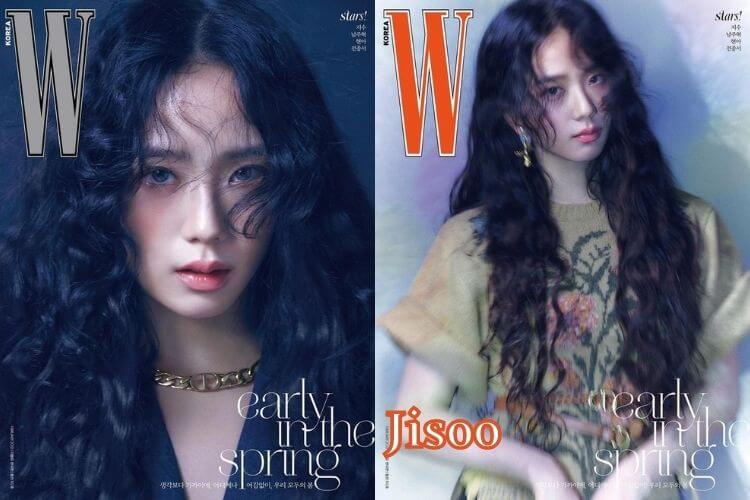 Not Lisa (BLACKPINK) this is the next member to appear on Top 6 Fashion Magazines of Korea with outstanding visual.

Jisoo Blackpink has the most successive achievement after Jennie and Lisa

Recently, Blackpink is the first girl k-pop group that is famous worldwide. Members of this group Lisa, Rose, Jennie, Kim Jisoo. All members are famous for their beauty as well as talents. They got many offers from famous brands for modeling. In April 2020 Jennie was the first female idol who appeared as the first female k-pop idol for six famous brands in Korea. Kim Jisoo is a famous k-pop girl after Jennie to achieve this achievement. At the start of January 2021, W Korea released the cover photos of Blackpink Jisoo in magazines.

The stunning pictures of her make the fans crazy. she has already been successful in working with Korean famous six magazines. She worked 1 time with Korea Vogue,2 times with ELLE Korea,2 times with Harper’s Bazaar,1 time with Marie Clarie,1 time with Cosmopolitan, and 1 time with W Korea. Jisoo debuted for YG Entertainment and since then she is famous for her beauty. Blackpink Jisoo was also known as Miss Korea.

Snowdrop is her first drama releasing in 2021. Everyone wants her to make a career in acting. Kim Jisoo is the eldest Blackpink member and also works in the High-End Brands. In magazine cover photos everyone praised her as Miss Korea. Fans are impatiently waiting for YG beauty’s first drama. It’s a big achievement of Blackpink Jisoo. Sometime ago Blackpink Lisa was very famous for her stunning and beautiful visual.

Top 10 K-Pop Idol Earn Most Money From Instagram Such As BLACKPINK, EXO, G-DRAGON, And IU