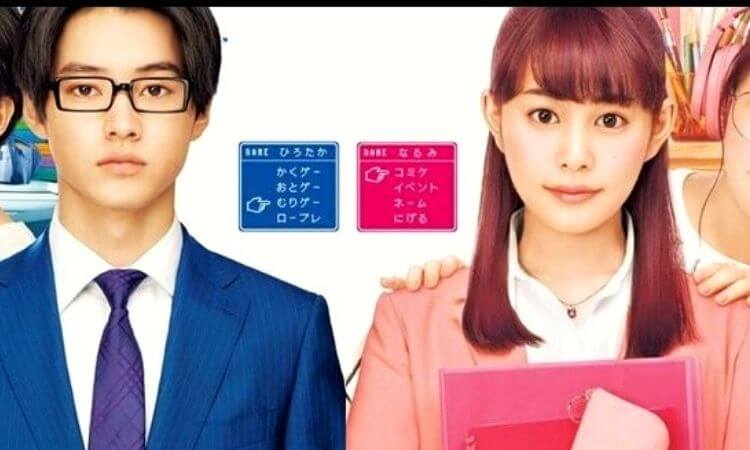 The movie “Wotakoi: Love is Difficult” (Director Yuichi Fukuda, 2020), which is a live-action movie of Fujita’s popular manga starring actress Mitsuki Takahata and actor Kento Yamazaki, will be released from 9 pm on February 13.

It will be broadcast in the “Saturday Premium” frame of Fuji TV. A romantic comedy about the interaction between Narumi Momose (Mr. Takahata), a “hidden rot girl” who is fear of being an otaku, and Hirotaka Nito (Mr. Yamazaki), a serious game otaku who looks good and also can work well.

“It’s difficult to fall in love with Otaku” is a manga serialized by Fujita on the manga and illustration posting site “pixiv” and Ichijinsha’s ebook service “comic POOL”. Narumi, an office worker, reunites with his childhood friend Hirotaka at the company where he changed jobs.

For Narumi, who fears “Wotabare” above all, it was only in front of Hirotaka that he could reveal himself. One day, Hirotaka suggested to Narumi that he would be comfortable if he was dating another otaku.

In this way, the two will go out with each other. However, the story is that many hurdles awaited the two people who are “incompatible with love”.

#TakahataMitsuki and #YamazakiKento cast in 2019 live action movie "Wotaku ni Koi wa Muzukashii". Based on web manga by Fujita, directed by Fukuda Yuichi. The story centers on the awkward romantic comedy between a fujoshi and gaming otaku.#高畑充希 #山﨑賢人 #ヲタクに恋は難しい pic.twitter.com/e3Z4Tf3C0P

Nanao, Takumi Saitoh, Jiro Sato, Tsuyoshi Muro, and Kento Kaku will also appear in this movie. Nanao is a senior at Hirotaka’s company, and Hanako Koyanagi, a famous cosplayer in a certain neighborhood, and Saito are also seniors at the company, playing Hanako’s boyfriend Taro Kabakura. Mr. Sato, Mr. Muro, and Mr. Kaku will play the original characters of the movie.