Who Is Lin Yi Girlfriend? His Ideal Type & Dating History 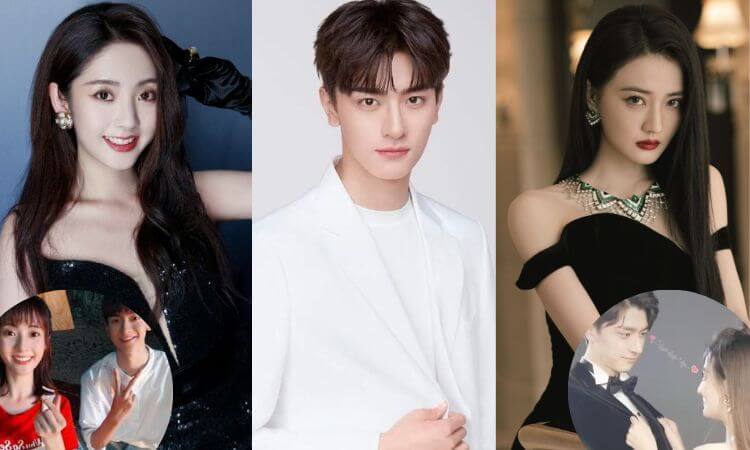 Who Is Lin Yi Girlfriend? His Ideal Type & Dating History

Who Is Lin Yi Girlfriend? His Ideal Type & Dating History. Lin Yi, who was born in 1999, shot to fame after appearing in the drama “Put Your Head on My Shoulder.” Lin Yi is a talented actor who not only possesses exceptional acting talents but also possesses a “caricature face,” in addition to a sunny and gorgeous look and a decent disposition. Lin Yi also has a positive attitude. He appears to be the protagonist of the book because he is dressed in a school uniform. It seems as though Lin Yi always has a girlfriend in the dramas; does he actually have a girlfriend in real life?

Who Is Lin Yi Girlfriend?

It is common knowledge that Lin Yi does not currently have a romantic partner. Before he made his debut, Lin Yi already had a girlfriend. After receiving the highest possible score on the Liaoning Provincial Dance Professional Unified Examination, he was granted entry into the International Standard Dance program at Beijing Sport University in the year 2015. It is said that he was romantically involved with his fellow student Cai Linbing at one point. We learned this from the girl’s Weibo; the year 2016 marked the beginning of their relationship.

The young lady presents herself in a pleasing manner. It seems as though she comes from a very supportive family. She has a very upbeat outlook on life and genuinely enjoys living.

#LinYi and #XuLu's drama, #LoveScenery will be airing it's finale episode tonight!

But unfortunately, the relationship did not continue for very long. When Lin Yi was just starting out in college, he inked a contract with Tangren Media. We are all aware that agencies have a great deal of power over the personal lives of artists, which is one reason why they can decide to part ways amicably.

Xing Fei, Li Landi (also known as Landy Li), and Zhao Jinmai are among the women who have been mentioned as being Lin Yi’s alleged girlfriends on the internet (Angel Zhao).

The first play that Xing Fei (also known as Fair Xing) and Lin Yi worked on together was called “Put Your Head on My Shoulder.” They are commonly referred to as “Mo Wei CP” among watchers. The phrase “Mo Wei CP” has a great deal of notoriety on the internet.

Will there be chemistry between Lin Yi and Xing Fei outside of the drama? There is widespread interest in the nature of their connection.

However, despite the fact that they make a pretty adorable pair on the show, in real life, they are just close friends! At the moment, none of them is in a relationship.

Lin Yi performed the male lead role of Gu Weiyi in the drama “Put Your Head on My Shoulder.” Gu Weiyi is a highly charismatic character with long legs. Actress Xing Fei had a memorable performance as the protagonist Situ Mo. Situ Mo is a young lady who brims with life and is the kind of person that a lot of people like.

They start off living together for reasons that are just accidental, but after a while, they find themselves falling in love with one another. The whole story has a lot of tender moments, including a lot of couples kissing. Because of this, throughout the drama, they are referred to as the “Mo Wei CP.”

During that time, there were reports that they were in love with one another since they played a pair in the drama that was so endearing that it seemed as though they were a couple in real life. Both Lin Yi and Xing Fei get along swimmingly when they are alone. They engaged in a lot of conversation on Weibo. Lin Yi, on the other hand, decided to stop following Xing Fei in the end.

Lin Yi revealed that he committed himself to the drama and genuinely developed a crush on XingFei when they were filming. In order for him to transition into another character, he needed to get out of the job soon, so he erased their contact information and stopped talking to her for a while.

The relationship between Xing Fei (Fair Xing) and Lin Yi appears to be quite well in private, but it has not yet reached the stage where they publicly acknowledge their relationship.

Lin Yi and Landy Li have more private encounters with one another than they do with Xing Fei. Lin Yi is also known as Li Landi. What are Lin Yi and Li Landi’s connections to one another?

On August 25, 2020, Landy Li uploaded a photo of herself and Lin Yi on Weibo with the caption, “Long time no see, is watermelon delicious?” Lin Yi replied positively to the post. During this time, Lin Yi also shared a photo to his account, but this time it was taken from a different angle. He asked, “Long time no see, does the goldfish look good?”

People were curious about whether or not it was the formal proclamation of their relationship because it occurred on the same day as the eve of Chinese Valentine’s Day. This caused the day to overlap with both of these dates.

Who Is Lin Yi Girlfriend His Ideal Type & Dating History

They engage in conversation with one another rather frequently on Weibo. The fact that Lin Yi and Landy Li are going to collaborate on the dama “Daxi Make a Wish” is perhaps the most fascinating development. However, Landy Li and Lin Yi are both painters working for the same firm. They are very familiar with each other.

In point of fact, Lin Yi and Angel Zhao are good friends and are now collaborating on a drama titled “The Blessed Girl.” It has been said that they are working on a new drama called “One Week Friend.”

Lin Yi ever divulged his need for a lover, which included having a kind heart and a respectable character. Many users on the Internet immediately thought of Xing Fei after hearing this criterion, and with good reason.

Nevertheless, prior to that, Lin Yi had admitted that he held a great deal of admiration for Zhou Jieqiong. It would appear that Zhou Jieqiong fits the profile of his dream girlfriend.