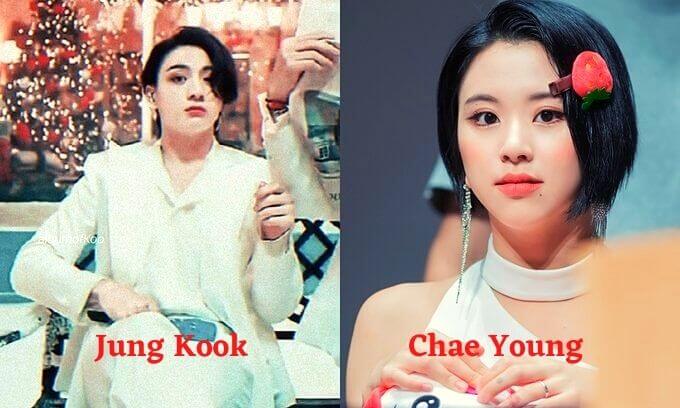 Jung Kook, a BTS member, suddenly looks like Chae Young, a member of the Twice group, and their fans are very surprised. Jung Kook’s hairstyle, makeup, and facial expression really look like Chae Young. In a new amazing hairstyle, Jung Kook looks like a female version of Chae Young. BTS has been the most populous star group at the end of 2020. Recently they attended an award show in Gayo Daejun at SBS on December 25. The BTS army fans are really surprised after watching BTS group photos on social media. Fans are discussing their photos. Instiz has also discussed Jung Kook photos and praised her charming face.

How much Jung Kook (BTS) looks like Chae Young (Twice) 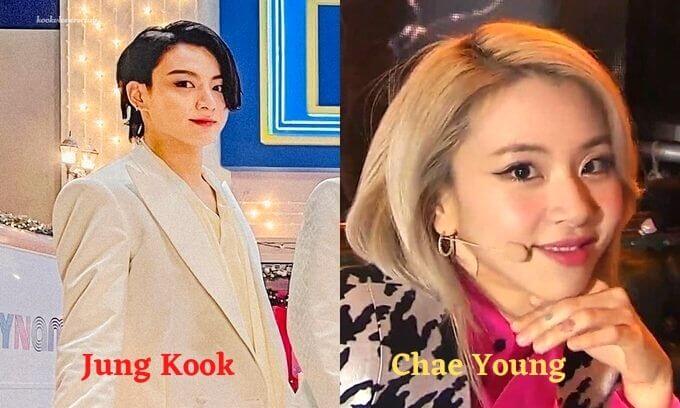 If you look closely at both celebrities. Then you will find many things in common like charming eyes, dimples, and lovely lips. And these things make fans crazy to fans. Some fans said that Jungkook is getting a more beautiful and pretty face. Fans are very excited after they find similar-looking photos of Jungkook and Chae Young.

This is not the first time in the k-pop world V and Tzuyu both are the visuals of a group and hold a large number of fans, their skin, and smile, and even skin is also similar and many people can consider V and Tzuyu siblings. And some time ago, some fans said that Jungwoo and Chae Young have a much resemblance.

Read More: Not Lisa (BLACKPINK) this is the next member to appear on the Top 6