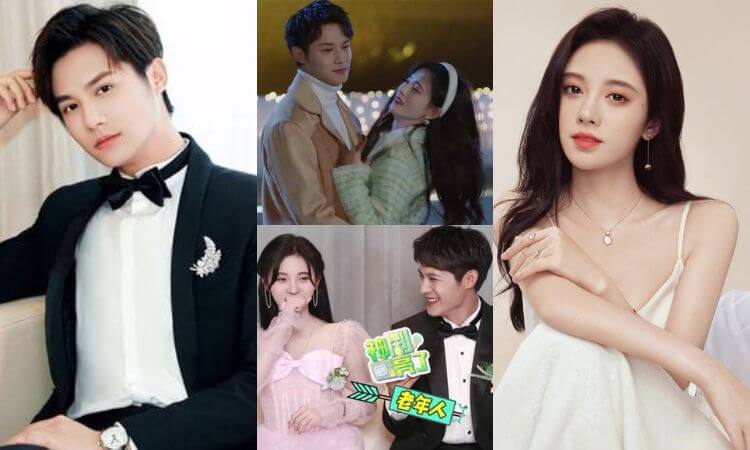 Kiku Ju Jingyi and Zheng Ye Cheng are now starring in the kissing sequences of the drama “Love Under the Full Moon,” which is currently airing on television. It is a good show to watch. The interaction throughout the interview is quite endearing as well.

The stage is prepared for a variety of dramatic genres, including fantasy, high sweetness, suspense, and humor.

Kiku Ju Jingyi plays the role of Lei Chuxia, a time traveler who enters the mobile phone of Xu Xiaodong. This drama focuses mostly on her story (played by Zheng Yecheng). They were told a number of fantastic tales, and then they discovered the reality.

In point of fact, there are a fair number of magical time-travel shows airing on television these days; nevertheless, this particular method of time-travel by phone is still somewhat novel. Let’s examine the ways in which the screenwriter can successfully communicate the tale. 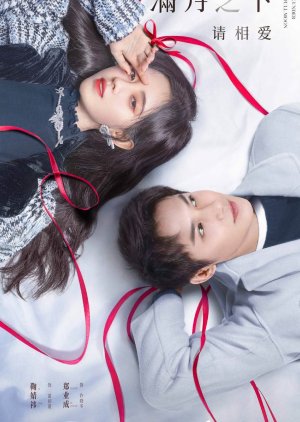 The drama depicts a tender love between Kiku Ju Jingyi and Zheng Yecheng, and the scenes in which they kiss are very breathtaking.

The male lead role of Xu Xiaodong in the drama is played by Zheng Yecheng. In the past, Zheng Yecheng has been in a few different urban dramas. In the drama “Love O2O,” he plays the role of the elder Hao Mei, who is both eccentric and a major source of comedic relief for the show.

In the film “The Song,” he portrays a minor character named the lovely Du Chunsheng. In addition, Zheng Yecheng was in the episode “Crossroad Bistro.” His performance as Zhao Henan, the boyfriend of the exquisite chef, is quite natural, and he is seen by many spectators as the ideal type.

However, the majority of Zheng Yecheng’s acting roles have been in period pieces, therefore his acting experience is primarily limited to period dramas. Therefore, the audience is anticipating this sugary drama as well.

Even though Zheng Yecheng does not have the same level of fame as many other big actors, many fans believe that he is a great fit for the character of Xu Xiaodong in “Love Under the Full Moon,” and that his performance is also highly consistent.

2013 was the year that officially marked Kiku Ju Jingyi’s debut with the girl group SNH48. She began her career primarily as a singer and dancer, and eventually went on to perform in a series of dramatic roles one after the other. In the 2018 adaptation of “Legend of Yun Xi,” Ju Jingyi portrayed the character Han Yunxi. Since that time, she has gradually gained recognition from the general public.

In 2019, Ju Jingyi appeared in the mythical drama “The Legend of White Snake,” in which she garnered a lot of attention for playing the character of Bai Suzhen. The show received positive reviews and won her a lot of new followers.

Her performance as Lei Chuxia in “Love Under the Full Moon” is not only stunning but also full of acting prowess, demonstrating that Ju Jingyi’s acting ability is as consistent as it has always been.

Throughout the years, despite the fact that Ju Jingyi’s traditional attire is also rather lovely. Although she does not have many many contemporary dramas to her credit, “Love Under the Full Moon” has lived up to the high standards that many people have set for her modern dramas.

The most significant thing is that Ju Jingyi and Zheng Yecheng have really good chemistry as CPs; they appear like they were made for each other. The attractiveness of Zheng Yecheng’s appearance and attributes sets him apart from the typical idol while yet making him highly attractive.

Each and every one of the scenes in which Zheng Yecheng and Ju Jingyi are seen working together is breathtaking.

The couple’s passionate embraces are beautifully captured, and the film’s plot likely centers on their love for one another.

Based on the warm and friendly exchanges that take place throughout the interview, Zheng Yecheng and Ju Jingyi should have a healthy personal connection.

During the interview, Ju Jingyi made fun of Zheng Yecheng by referring to him as an elderly guy. When Ju Jingyi admitted she was a bit chubby today, Zheng Yecheng also showed disbelief and remarked that she has been quite slender in the past. They need to have a healthy connection behind closed doors.