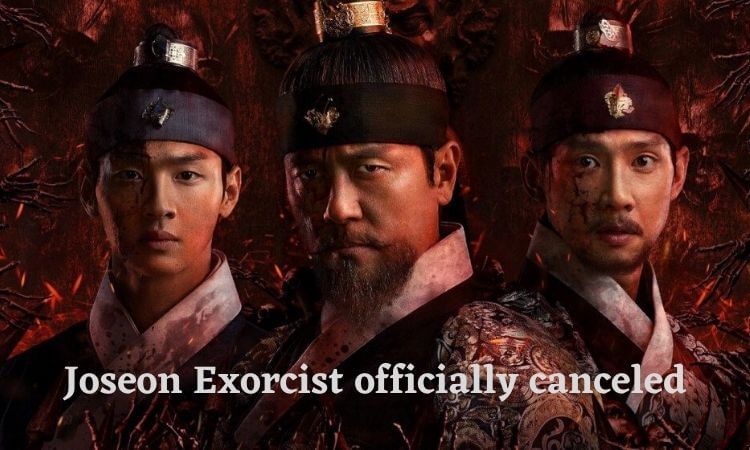 Kdrama Joseon Exorcist officially canceled after 2 episodes due to historical distortion controversy. The show may never air again after the controversy. Previously reported that drama Joseon Exorcist received criticism for using Chinese props. Joseon Exorcist also allegedly contributed to historical and cultural distortion. Which causes the sponsors to drop the drama. Professor Seo Kyung Duk of Sungshin Women’s University also spoke out about the show’s allegedly irresponsible handling of history. He also claimed that the drama’s contents may leave a lasting historical and cultural impact.

According to an exclusive report, Joseon Exorcist will be canceled after airing just two episodes due to the controversies surrounding the production of the drama. Though the production house decided to cancel airing for a week to edit the problematic portions, it’s now being reported the entire series will be canceled. After the 2 is released, viewers won’t be able to see the rest. Producer Shin Kyung Soo is currently contacting the actors of the drama to notify them about the cancellation.

Even before the Joseon Exorcist shooting started airing, the show experienced a number of other misfortunes before airing. As the lead actors Lee Yu Bi and Jang Dong Yoon suffer injuries on set. Once Joseon Exorcists began airing, the show also received backlash for their portrayal of Korean history using Chinese products such as century eggs and Chinese mooncakes. Due to their bad portrayal, around 20 companies who previously pledged advertisement to the show pulled out. Those including big names such as BLACK YAK, Bodyfriend, Ace Bed, Hite Jinro, and KT.

SBS stated that they would edit the controversial parts, but that was not enough. as over 184,000 people have signed a Blue House petition to have the show removed from broadcast permanently.

What are your thoughts on the ongoing controversy?