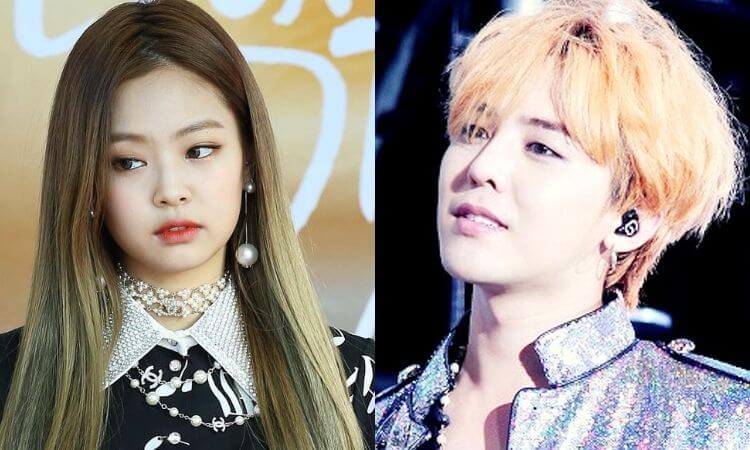 South Korean media Dispatch reported that the BLACKPINK’s  Jennie and BIGBANG’s G-Dragon have been dating for about a year. BLACKPINK’s entertainment company YG addressed the rumors head-on but didn’t quite deny them.

YG Entertainment clearly said in a statement “We cannot confirm anything.” The company further added that We can’t confirm anything about our artists’ private lives. We ask for your understanding.

The couple has apparently spent most of their dating time at home. A couple of relationships is said to have been facilitated by their managerial teams and company staff.

The outlet shows photographs of a “secret meeting” between the couple, Jennie arriving at G-Dragon’s home in Seoul’s Hannam-dong neighborhood. It detailed that the couple would usually meet at G-Dragon’s penthouse.

G-Dragon’s penthouse has its own parking lot (which has a two-step verification process to get in) and private elevator. The vehicle Jennie traveled in was registered with it, making it easy for her to go in and out without being spotted outside at the facility.

Dispatch also published that their relationship was an open secret at YG Entertainment. Jennie’s manager drops her off and picks her up from G-Dragon’s place. A source very close to the two members told the outlet, “A lot of people in YG have noticed their relationship. Jennie’s mother is also aware of her relationship. But she is thankful to him for his thoughtful care.”

Shortly after the outlet Dispatch report was published on Wednesday, Blackpink and BigBang’s management company, YG Entertainment, issued a statement saying that it would not comment on the personal lives of its artists.

The two members have been label mates for more than a decade and have worked together over the years. Before Blackpink’s debut in 2016, Jennie appeared in the music video of G-Dragon’s single That XX in 2012, and the following year she featured on the song Black from his album Coup d’Etat.

Following is the report by outlet  Dispatch, the names of both artists trended across different social media platforms as fans responded to the rumors.

Dispatch is sharing BIGBANG's G-Dragon and BLACKPINK's Jennie are dating

According to Dispatch, the couple have been dating for around a yearhttps://t.co/DaxcnBGQ9E

WE LOVE YOU JENNIE.
ALWAYS STAY WITH JENNIE.@BLACKPINK

In the K-pop industry, the revelation of romantic relationships can often have a negative impact, especially for female K-pop stars. Many Blackpink fans rallied to send their love to Jennie, flooding her social media accounts with shows of support.