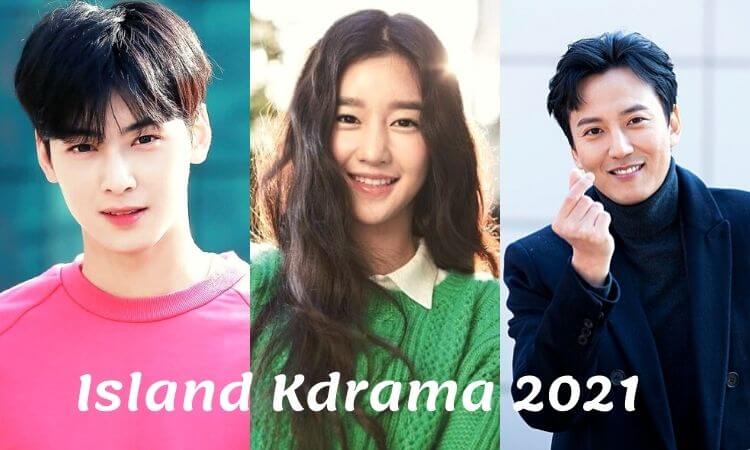 The “Island” is an OCN Kdrama based on the manhwa and webtoon. It is a Korean fantasy exorcism story based on Jeju Island folk tales. The Kdrama ‘Island’  is the story of a man who spends a solitary life in an incessant loop to chase the evil spirits of the human world. In his journey, he meets a woman who has faced a tragic fate.

Astro’s Cha Eun-woo fans have something good to look forward to all through the year. Cha Eun-woo  K-drama star reportedly confirmed to be a part of OCN drama ‘Island’ along with Kim Nam-Gil and Seo Ye-Ji. The drama has teased a dark theme of Island. But fans are excited to see a new dimension of the true Beauty’ star’s repertoire.

The upcoming Island Kdrama will portray the story of a man who spends a solitary life in an incessant loop to chase the evil spirits of the human world. In this journey, he met a woman who also faced a tragic fate. The lead character of the Island Kdrama series has been confirmed to be played by Kim Nam-Gil and Seo Ye-Ji.

‘True Beauty’ famed K-star Cha Eun-woo is back with Island Kdrama. But this time, He will play a dark character of a priest. Eun-woo will play the role of Kang Chan Hyuk, one of the main characters of the drama and a young priest of New York. The bright priest has a past that is hidden from the public.

Kang ChanHyuk is a hip exorcist who is feeling guilty for failing to protect a girl. He is a priest at the Holy Trinity Cathedral of Manhattan. He grew up in New York. But he did not forget the Korean language by watching K-Dramas. He seems cheerful but he has a dark past behind him.

Award-winning K-drama star Kim Nam-Gil will play a lead role in Island Kdrama. He is also known for television series such as ‘The Fiery Priest’. Kim Nam-Gil will play the male protagonist Van who has a quest to chase the evil spirits who are stuck in the human world. Kim Nam Gil as Van, a man who needs a woman to end his cursed immortal life. Van is hunting and killing monsters all the time. He has no emotions at his slaughters

Van will reach Jeju Island where the evil spirits run free and where he meets Won Mi Ho, played by Seo Ye-ji, who is banished on the island and works as a high school ethics teacher.

Princess Sookmyung of ‘Hwarang’, Seo Ye-Ji will play the female lead Won Min Ho in Island Kdrama. Won Min Ho with her father was banished to Jeju Island. She was the only daughter of the chairman of Daehan Group. She has no idea about her sad and cruel fate. Won Miho was targeted by monsters in Jeju Island and Van is the only one who can protect her.

Seo Ye Ji has starred in over ten television series and movies and some of her famous works include ‘It’s Okay to Not Be Okay’, ‘Save Me’, ‘Lawless Lawyer’ ‘Hwarang’, and more.

Island Kdrama will be Directed by Bae Jong and written by Jang YunMi. The Island Kdrama will also have ‘Run On’ famed Im Si-wan as one of the main characters. While the date of the drama premiere hasn’t been announced yet, it’s expected in the Second half of 202. Stay tuned for all the latest K-drama updates.