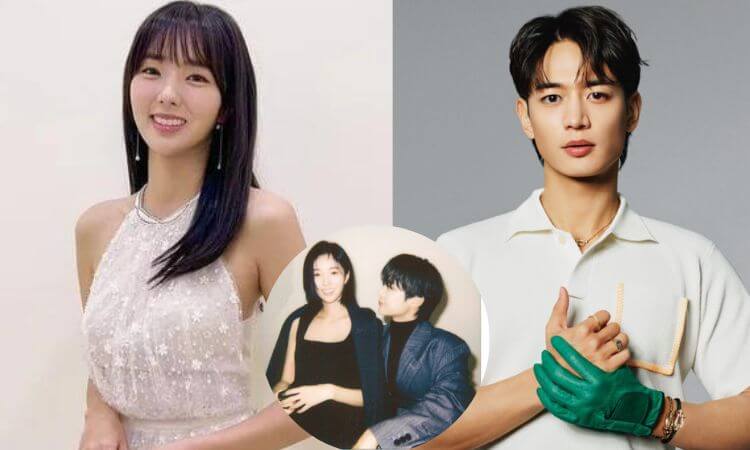 What’s Choi Minho and Chae Soo Bin Relationship in Real Life? It is not uncommon for actors and actresses to develop romantic feelings for their co-stars when they are working together on a production. Similar to the Song-Song pair and the Park-Park duo. They develop a romantic attachment to their theatre set. Even further, the Song-Song pair tied the knot. After their involvement in high-profile scandals such as “Crash Landing on You” and “Descendent of the Sun,” a number of other famous people have gone on to find love. Among the most well-known couples in South Korea are the Songsong pair, the Binjin couple, and the Park Park couple.

The work, relationships, and friendships of young men and women who have thrown themselves into the fashion business are explored in “The Fabulous.” The fashion industry is the focus of “The Fabulous.” It will depict their colorful and passionate everyday lives in the nation’s trendiest business as well as their efforts to thrive in the fashion world, which is a highly competitive environment.

In the latest teaser, Ji Woo Min’s resolute pursuit of Pyo Ji Eun’s return is brought to life. There is never a dull moment in these two’s relationship because Ji Woo Min never hesitates to embarrass Pyo Ji Eun. He does this by brazenly introducing himself to Pyo Ji Eun’s current boyfriend as Pyo Ji Eun’s ex-boyfriend and by saying flirtatious things to her, such as “You’re so pretty next to another man.”

Ji Woo Min and Pyo Ji Eun find themselves in a steamy predicament as a result of unwittingly letting themselves get carried away at the moment. Ji Woo Min’s sincere confession demonstrates that the event is far more meaningful to Ji Woo Min than it is to Pyo Ji Eun at this point in time. On the other hand, he is confronted with the displeased response of Pyo Ji Eun, who says, “Am I that easy to you? Did you really believe that if you told me you wanted to get back together, I wouldn’t be disappointed in any way?

SHINee members Minho and Chae Soo Bin made guest appearances on the most recent episode of “Knowing Bros” to promote the Korean drama “The Fabulous,” which will soon be available to watch online. In the course of their conversation with the hosts of the program, the idol actor brought up the connection he had with the woman who plays his on-screen love interest.

In case you were wondering, Chae Soo Bin and Choi Minho are exes in the plot who end up getting back together since they both work in the entertainment industry.

Minho then discussed the time in the show when the two of them kissed. Within the confines of the nightclub, the two can be seen tangled up in a precarious circumstance in the clip that was given by the program. The member of SHINee then interjected himself into the conversation and stated that he did not want Kim Hee Chul to watch the drama because he would make fun of the actor a great deal if Kim Hee Chul did so.

Additionally, the actress lauded Chae Soo Bin for the professional manner in which she carried out her duties. According to him, the actress arrives at the location of the shoot early on a consistent basis, and even though the sequences were challenging, Chae Soo Bin still showed passion while she was working.